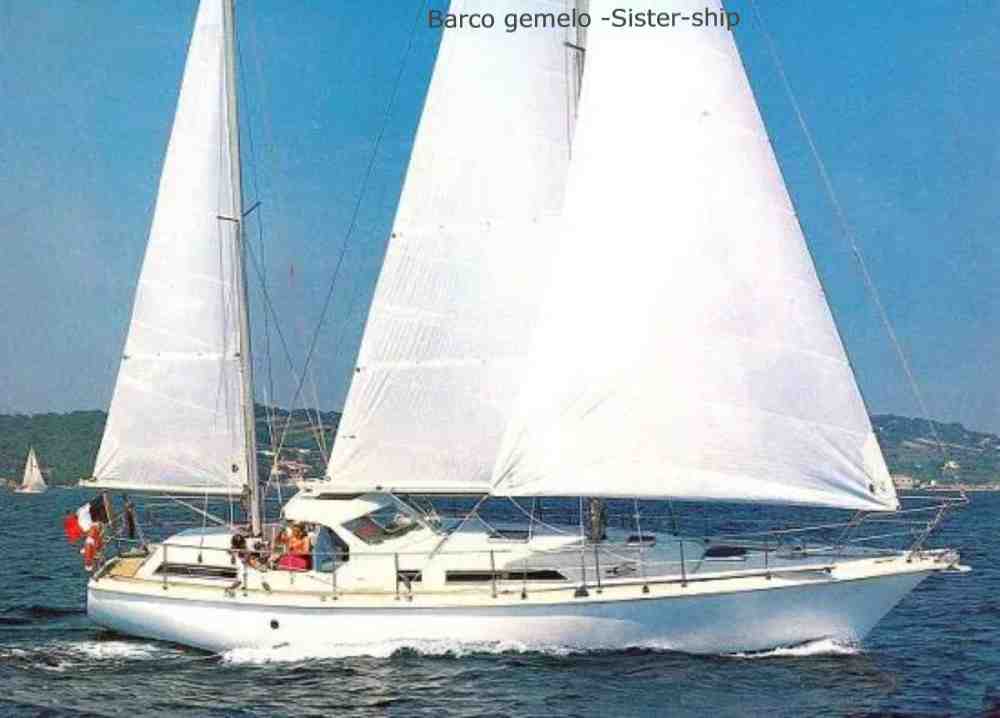 A cruiser still up-to-date: roomy, comfortable and safe. She is in good general shape.

Any Naval Architect knows since immemorial times that to obtain the best privacy on a boat, particularly if small, the best way is to put one cabin forward and one aft and the saloon and cockpit in between. The central cockpit was born in the Thirties in the USA, but it reached success in Europe only during the Seventies and today it is considered a North european feature. In France Henri Amel was one of the formula most enthusiasts cranks and when he introduced the Sharki, this model was alredy the third generation of her overall length. In 1980 the Sharki replaced the Euros model, thus keeping with the Yard's tradition of giving to its models a wid name, in this case the Moroccan South. The new model kept also the general lay-out that Amel has continue to offer for more than three decades. Its sharp edged lines, replaced the radiused ones of the Amel Euros. Generally speaking, it kept the older model lay-out with far roomier spaces. Amel built close to 200 units until 1987. It was an important commercial success that sadly Henri Amel did not replicate on this range, concentrating the production on the Maramu and Super Maramu. The Sharki is a boat that still offers confort and safety on blue water sailing, with an impressive water and fuel capacity. The unit on offer is in good general shape, with many renovated important particulars, as the engine, the electric system and sails. It remains to renovate the gel-coat on deck and the upholstery down below.