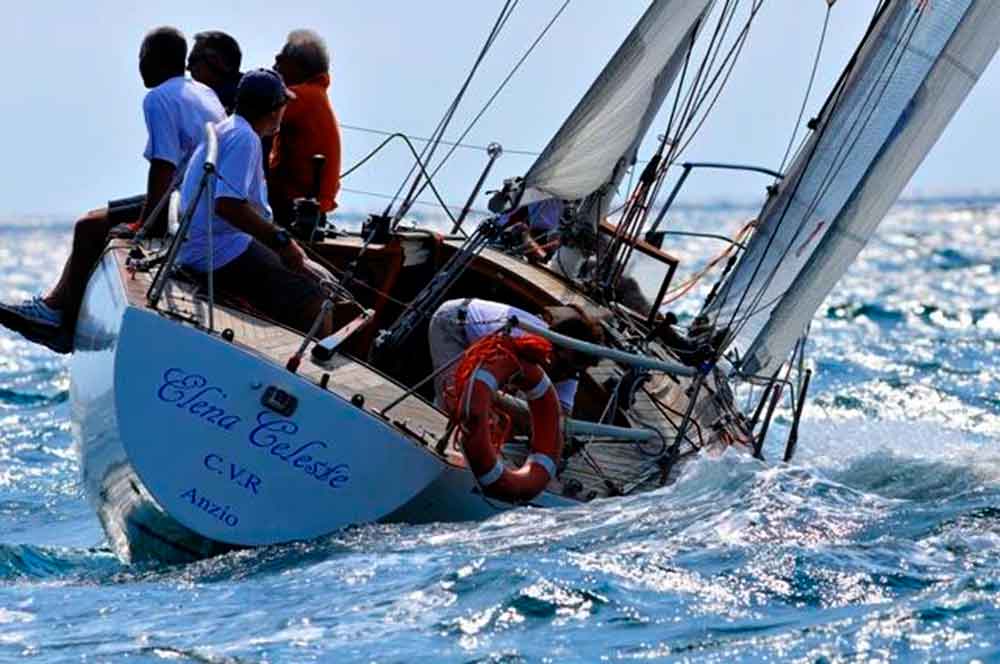 The I.O.R. old classes of boats are nowadays fine to start sailing in club races and cruising. Their handling sensitiveness make them perfect to learn quite like on a dinghy class. They are amusing, fast elegant and liveable. They have easy deep lines, heavy displacement and this gives them a smooth move more comfortable than modern cruiser-racers. The Elena Celeste was born under the sponsorship of her same builder to participate at the 1976 World's Championship. The I.O.R. boats were then designed under the powerful influence of Jean Marie Finot and his 1972 “Révolution” (The “nautical pop art” as she was described by Dick Carter), the winner by the way of the 1976 Champioship and of many other prices in the following years. The famous “Ganbare”, Dough Peterson designed own boat, had also innovated on a sector that was decayeing at the beginning of the Seventies. West Garda Yacht, as the Elena Celeste was then called, was built by Ettore Santarelli under those influences, but she could'nt attend to the races because crew troubles. When, short after, she was sold to Giorgio Musso and renamed Dulcidu, she started a brilliant racing career from her homeport of La Spezia. Her successful portive life was continued under her new owner, from Livorno. Later on a new era of cruising sailing saw changes on her deck gear. Her present owner found her in 2003 and since then he restored Elena Celeste to her original specifications and started a new lease of racing life. He himself was the founder of the Italian I.O.R. half tonners association and the Elena Celeste has won the Class Champioship in 2010, 2011 and 2014. She even won IRC and ORC races, showing a considerable good wealth. Today she is for sale as her owner needs a bigger boat. The Elena Celeste is in very good shape with recent sails, engine and electronics.