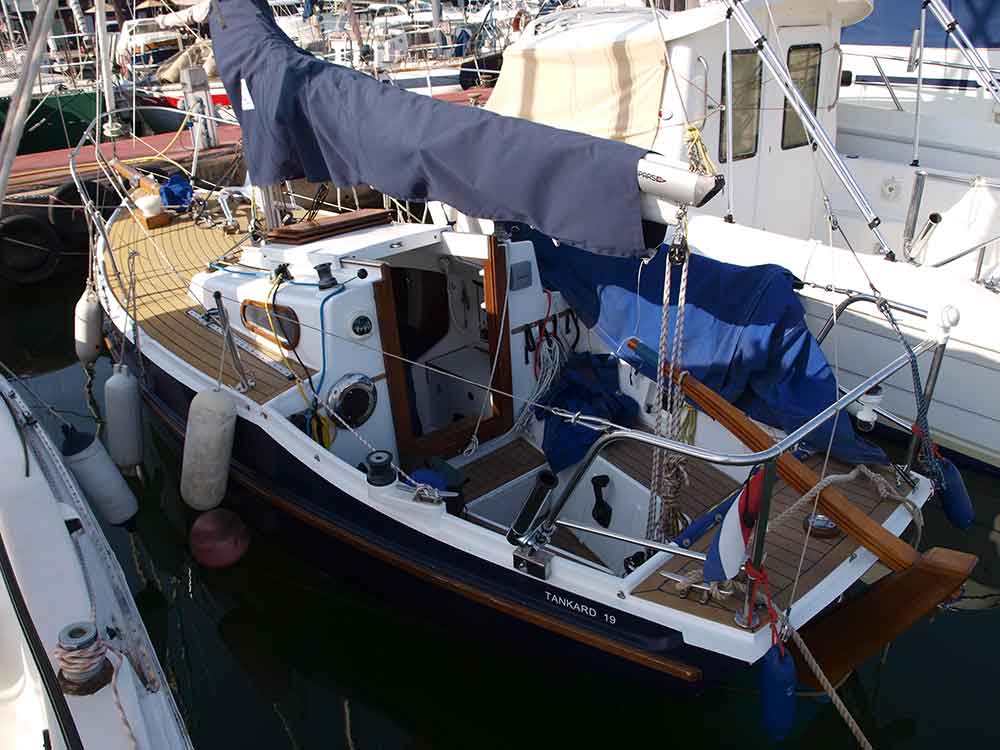 A very small great cruiser, able to face bad weather, when other boats bigger than her cannot continue to sail. She is in very good shape.

The twenty years between 1955 and 1975 saw the decline of the wooden naval construction and the raise of GRP and industrial techniques. It was a period of deep and sudden changes, when the new material offered a ventail of possibilities still to be explored. Many young entrepeneurs started their business building boats with differing outcomes. In England, one of them was Brian David Tankard, builder of small cruisers and an accomplished sailor himself. With his own Tankard 23 Bernard entered the Guinnes book in 1974 by sailing round the British Islands in the smallest boat to date. The following year the introduction of the VAT killed completely the sales of small boats and drove to the closing of Brian's Yard, thus this Tankard 19 is quite certainly one of the last built. Brian continued to build to the unit a long time and he died in 2013 leaving his own Yard Weir Quay solidly active in the refit and mooring markets. The Elsie had the distinctive chance of being deeply restored recently, something that gave her a new life for many years to come. She is a small cruiser for day sailing. Her heavy displacement however, together with her long keel and high stem give her a good sailing capacity in bad weather, when other boats, even bigger than her, need urgently to seek after shelter. Her design is based on that of the Blackwater sloops. Elsie is in fine shape, with some new sails, recent electronics and an engine totally serviced. She is ready to sail away right now.