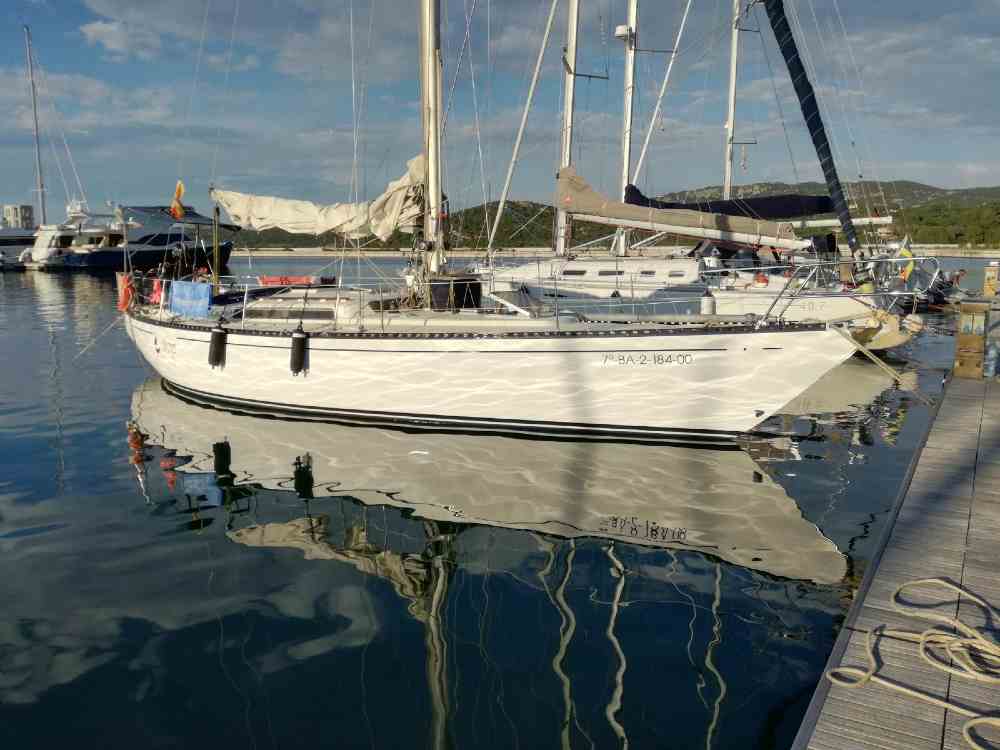 A cruiser-racer that marked an era in the Spanish yachting. Fast, perfect going up-wind, ample for her moment. This unit only needs aesthetic care.

The North Wind 40 has been a protagonist of the history of the yachting in Spain, even though it was built in less than 40 units, between the Manifacturas Mistral and Astilleros North Wind yards. It is still today one of the most valued on the second hand boats market. First units were characterised by the short roof, which leaves the mast free and by the inner placed main winches, close to the companion-way, a comfortable position choosen also today by some yards. The 25 units that Orlando Sanciveli, owner of the North Wind Yard, built spot an elogated roof that includes the mast thus giving more room and light to the interior. The main winches are in the traditional position, on the cockpit coamings and allow for longer seats. Angus Primrose designed this model for racing purposes and in fact the first boat, we can consider her the prototype, won the Fastnet in her cathegory. Manifacturas Mistral then purchased the design rights and built a small cruiser that has been always known by her furious up-wind habilities, her delicate down-wind sailing and her complicated astern manoeuvres while motoring in harbours. The NW40 is a boat that has an important place in the Spanish yachting heritage. A boat that still nowadays, after more than forty years of being designed, can still fight against modern boats. The offered unit has two separate cabins forward, one starboard side, the other in the f'c'sle, after the head compartment. She is in fine sailing shape, with a well cared engine, recent sails, a good electronics set, though a bit old, an electric system renovated a few years ago. She needs aesthetic work: polishing outside and new varnishes inside. Her owner sailed all around the Med and still does it until he sells the boat.