We sold the Rob Roy!

Barcos Singulares sold the Rob Roy to a French customer. Rob Roy was considered as the most representative boat from his designer, the clever Arthur Robb. having been commissioned by a USA customer, Robb used many features tipical of the boats built there, as the dropping keel, the twin companionways to the interior or the fractional rig. He also signed his creation with some details that he loved: ample overhangs, radiused windows at the dog-house, gullwings hatches… The Rob Roy was built in U.K. and sailed all her life in the U.S.A., until her previous owner cruised with her to Europe. We met them some years ago, in Sweden and now we found a new loving owner who wants to sail on a great classic. 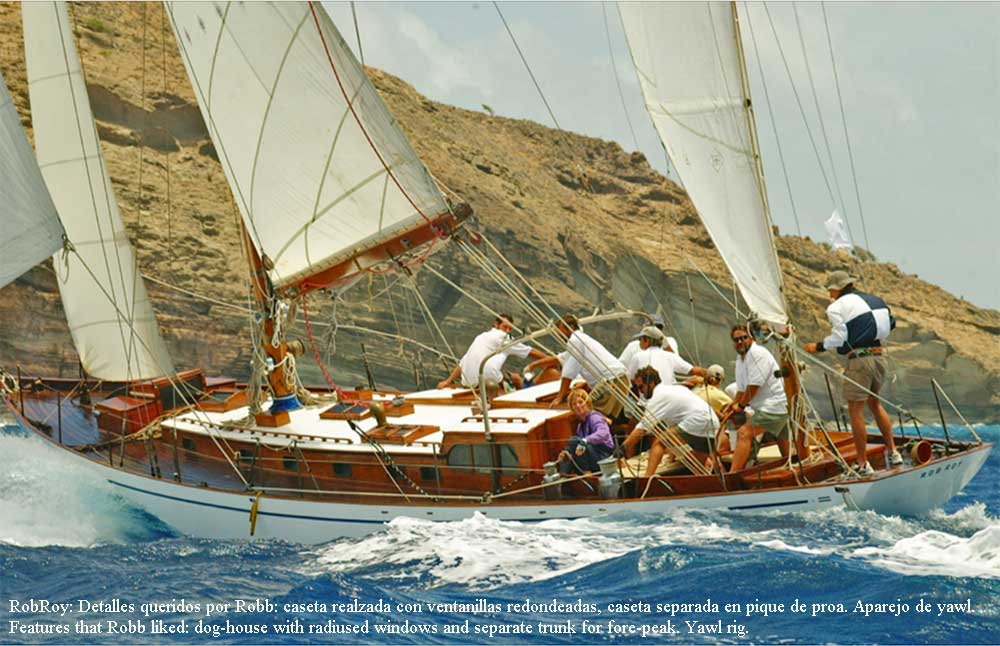